IGADF Afghanistan Inquiry submitted to the Chief of Defence Force 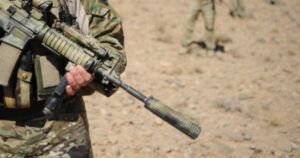 On the 6th of November 2020, the Chief of the Defence Force received the Afghanistan Inquiry report from the Inspector-General of the Australian Defence Force.

Today I have received the Afghanistan Inquiry report from the Inspector-General of the Australian Defence Force (IGADF).

The independent inquiry was commissioned by Defence in 2016 after rumours and allegations emerged relating to possible breaches of the Law of Armed Conflict by members of the Special Operations Task Group in Afghanistan over the period 2005 to 2016.

I intend to speak about the key findings once I have read and reflected on the report.

Welfare and other support services are available to those affected by the Afghanistan Inquiry.

More information is available at: https://afghanistaninquiry.defence.gov.au

Veterans and their families have access to support from the Department of Veterans’ Affairs (DVA) and the Department of Defence. This includes support for mental health, medical, compensation and income support, transition to civilian life, and, in some cases, legal support.

More information about the support provided by the Department of Veterans’ Affairs for those affected by the Afghanistan inquiry, is available at this link.