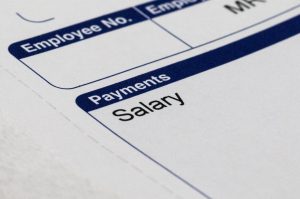 The Workplace Remuneration Arrangement (WRA) is the framework through which annual salary and salary-related allowance adjustments are provided for ADF members, and forms part of the total remuneration package.

The current WRA (2017-2020) is due to expire in November 2020. The current WRA consisted of a 2% increase per annum, over the three years of the arrangement.

Defence will start development of a new arrangement during 2020, with a view to having it in place by the time the current WRA expires. The Defence Force Welfare Association will again monitor the development of what the Commonwealth and ADF may offer, and represent the interests of members of the ADF at the Defence Force Remuneration Tribunal.

Section 58H allows the Tribunal to inquire into and determine the salaries and relevant allowances to be paid to members, or in respect of other matters brought before it.  A matter referred under Section 58H therefore allows the Tribunal to either accept, reject, or change it according to their own consideration. In this way the Tribunal’s powers are not limited: it may agree to the proposal brought before it, or dismiss it, or determine changes to it.

By contrast, Section 58KD of the Act states the Tribunal may, in making a determination, only give effect to any agreement reached between the Parties (that is, the Minister (acting on behalf of the Commonwealth) and the CDF (acting on behalf of all ADF members), or reject it.  The Tribunal has no authority to change the proposal or make other Determination in its consideration.. This significantly limits the Tribunal’s authority.

Historically, Workplace Remuneration Arrangements are always brought to the Tribunal as matters agreed between the Parties, and so are typically the only occasions where Section 58KD is used.

Finally, Section 58B refers to those matters that the Minister can directly control, and are outside the jurisdiction of the Tribunal. In this case it refers to matters relating to changes that the Department of Defence can levy on members – such as GRS, rations and quarters, etc.

The Association has presented its submission to the Defence Force Remuneration Tribunal on the 2020 WRA.
Read More

DFWA thanks those who recently made comment on the proposed new Workplace Remuneration Arrangement (WRA 2020) for the ADF.  Most responses were generally in agreement…
Read More

The current ADF pay arrangement is about to expire, and a new Workplace Remuneration Arrangement (WRA) for three years was scheduled to commence at the…
Read More