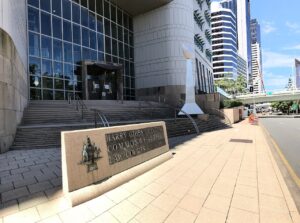 On 4 December, the full bench of the Federal Court of Australia handed down the judgments in the appeal by the Commissioner of Taxation against the decision of the Administrative Appeals Tribunal regarding DFRDB and MSBS invalidity benefits.

In summary, the decisions were:

There were 14 separate legal issues involved in the three cases. Some of the legal Issues depended on other issues, some issues were common to all cases, and some were unique to a particular Veteran’s case, hence the decisions were not all the same.

You can read the full decision, for all three cases, here

The different result for Peter Burns’ case was related to the Issue 10 and involved the question: did Mr Burns’ income stream commence before 20 September 2007?

It was concluded that it did, even though the payments had changed from Class A to B.  Applied generally, it effectively means that veterans receiving the same Invalidity Benefit payments may be taxed differently depending on the date Class A or B payments commenced. If payment commenced on 19 Sep 2007, they are taxed as income stream for as long as payments continue without ceasing. If they commenced after 20 Sep 2007, they are taxed as if lump sums.

Peter Burns has indicated he will seek leave to appeal to the High Court.

It is possible that the Commissioner of Taxation will seek leave to appeal to the High Court against the Walker and Douglas decisions.

Any applications to seek leave to appeal must be lodged with the High Court by 4 January 2021. A decision on whether leave is granted would be made by about March-April. Any High Court Hearing decision would be towards the end of 2021.

There is no automatic right to have an appeal heard by the High Court and parties who wish to appeal must persuade the Court in a preliminary hearing that there are special reasons to cause the appeal to be heard.

Operation of the High Court of Australia

Four judges of the Federal Court have unanimously agreed with the key Veteran argument – that Invalidity Benefits, because they are reviewable and can change and go to zero do not qualify as an superannuation income stream benefit under SIS Regulations 1.06,  and therefore must be treated and taxed as lump sums. In view of the unanimous decision by Federal Court judges, the likelihood of the Commissioner of Taxation obtaining leave to appeal to the High Court may be considered low, as is potential success.

Justice Logan at the AAT and the Justices at the Federal Court, all expressed concern about the poor drafting of the tax regulations in this area. This was acknowledged by counsel for the Commissioner of Taxation.

The government may decide to introduce changes to relevant legislation to nullify the Court decisions and or limit future loss of taxation revenue from Veterans. The government has done this in other cases.

DFWA will be consulting with the veteran community, particularly with those on Invalidity Benefits, to look at options if legislation changes are pursued by the government.